Discover the coastal region surrounding Dubrovnik with Alison’s guide to all the historical sites in the area.

“Catch the early EasyJet flight from Gatwick to Dubrovnik and you can easily be in the lovely village of Ston for lunch. Famous for its medieval architecture and impressive city walls, we feasted here on the local delicacy of oysters and on the beautiful views of the Adriatic Sea, before continuing north up the coast to Split.

Split is both a working town and tourist attraction, its focal point the UNESCO World Heritage listed Diocletian’s Palace but brimming with culture and an absolute delight to explore. It is also the gateway to the islands of Hvar and Brac, both a short journey by hydrofoil or ferry away. Hvar has become the St Tropez of the Adriatic, its picturesque little harbour a magnet for some of the Med’s most impressive yachts and its narrow cobbled streets are a treat to wander down. 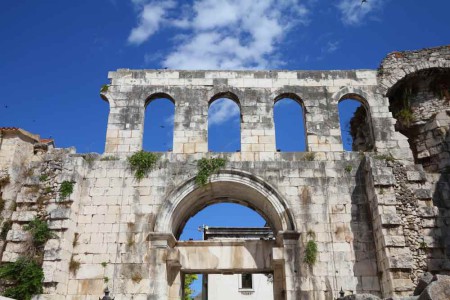 From Split, we headed inland across the Bosnian border to Mostar. The scars of the recent conflict are still evident (our guide had lived in Mostar during the most intense fighting), but much of this beautiful city set in a deep valley on the banks of the Neretva River has since been rebuilt, including the historic Ottoman-style bridge spanning the river and the jewel in Mostar’s crown. Off the beaten track maybe, but it’s unique and well worth a day trip from either Split or Dubrovnik.

Timing being everything, we arrived back in Dubrovnik as the sun set in glorious fashion behind its medieval ramparts. This most famous of all Venetian walled citadels, built on a rocky promontory jutting into the Adriatic and a UNESCO World Heritage site since 1979, is hugely popular, so take a guide and explore its winding streets and historic buildings in the late afternoon when things are a little quieter and the cruise ships have sailed. 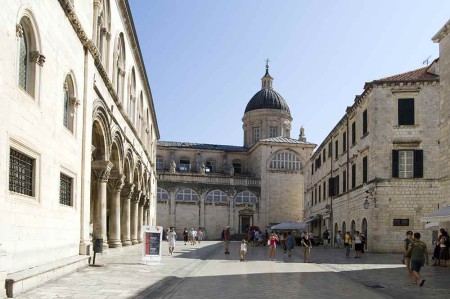 Our last port of call was the historic 9th century port of Kotor, two hours to the south across the border in Montenegro and another mega yacht magnet. Again an easy day trip from Dubrovnik, the drive itself was spectacular, the road winding its way around the Bay of Kotor that cuts its way deep into the land through an avenue of limestone peaks. Similar to and as stunning as the most impressive of the Norwegian fjords!"

See our holidays to Croatia.