Hero of the Argentine War of Independence and legendary caudillo, Martin Miguel de Güemes, established his credentials at the tender age of 23 when he and his cavalrymen charged and took an armed British ship that had moored in the shallow waters of Rio de la Plata.

His legend was only truly established though when he returned to his home town of Salta in 1815 to organize a gaucho resistance to the royalist forces loyal to Spain.

Salta changed hands several times in the ensuing years, but Güemes did not live to see his gauchos finally take control on 22 July 1821, dying from a gunshot wound a month earlier at the age of 36. His name lives on in the local town of General Güemes and at the Martin Miguel de Güemes Airport that serves Salta, but is best remembered at the Gauchos de Güemes Parade held annually in the city on 17 June. 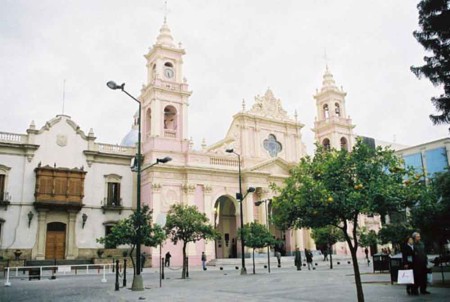 It is a highly charged day of unashamed patriotism, but also a time for rodeo, asado and jineteada, a celebration of traditional Argentine life and a true privilege to witness.

The colonial city of Salta and its annual parade are of course key to the click here.

Everything we do is completely suited to your own requirements, so if you would like more information on tailor-made itineraries for vacations to Argentina, please contact our specialists.