Kenya specialist Sophie heads out with the anti-poaching deployment

team of the Borana Conservancy:

are definitely a force not to be reckoned with.”

In the world of global warming, rising sea levels and oceans full of plastic waste, conservation has never been a hotter topic. So with Kenya famed for its spectacular wildlife and biodiversity, it’s never been more important to conserve what they have left. 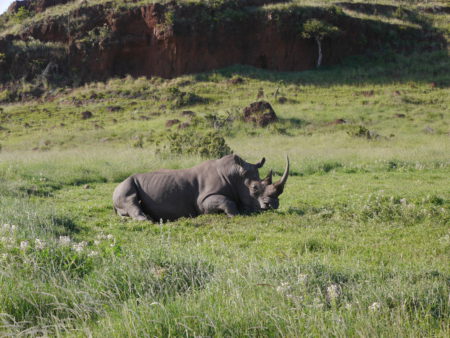 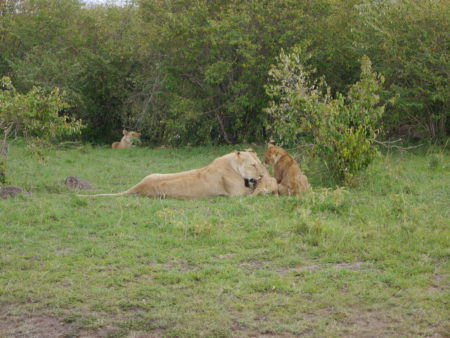 One aspect that has really stayed with me since returning from my recent trip to Kenya was how many of the safari lodges and camps were engaging local communities, and also their guests, in wildlife conservation. Take Borana Lodge for example, one of East Africa’s innovative family-owned eco lodges, located in an idyllic setting with the snow-tipped peak of Mount Kenya as a back-drop. In the 1970’s there were 70,000 black rhino in Africa. Today they number 3,000. The Borana conservancy is home to nearly 20% of all Kenya’s black rhino, so their protection and preservation is vital. 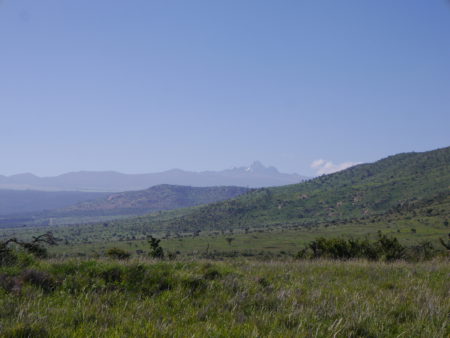 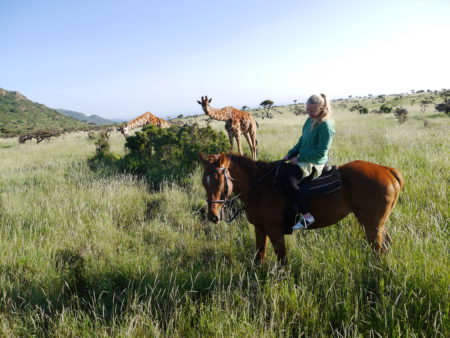 With elephant ivory and rhino horn now rivalling gold for value, Borana’s anti-poaching team numbers more than 100 men. I was lucky enough to join Rianto and the anti-poaching deployment team one evening during my stay at Borana Lodge, where I was able to meet the men who spend their evenings out in the bush ensuring the wildlife is safe. With a scouts team of 42 men operating in the daytime, the anti-poaching team operate at night. Covering vast areas on foot each evening over tough terrain, the two-man standing patrols are deployed to where the rhinos were last sighted. Armed with government issued weapons these guys are given training and lodging plus a decent salary, encouraging those in local communities to join the training scheme and make a difference. 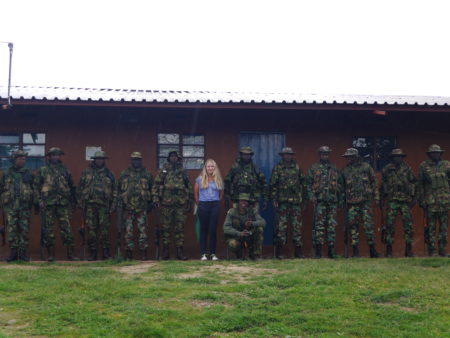 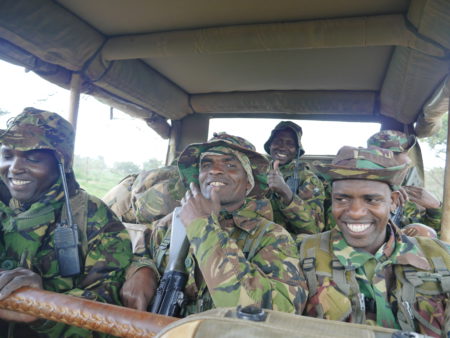 Watching the rangers head to toe in camo with weapons slung across their shoulders they are definitely a force not to be reckoned with – they really are the last line of defence against poaching. There was a small twinge of guilt as we left a couple of rangers high on a hill for the night as the sun was setting, and I headed back to the lodge for a large gin and a hot water bottle warming my bed!