‘All our sense were engaged in the extravaganza of the expedition –

the sights, the sounds, smells, tastes, touches and temperatures.

We became part of the landscape, immersed in nature.’

Our trip in March 2017 took us on board Island Skye from Dar es Salaam to the Comoros Islands where some of the poorest people on earth live yet have the greatest smiles. Situated off the southeast coast of Africa, Madagascar is the fourth largest island in the world. From Madagascar we sailed to Aldabra Island (described by David Attenborough as “one of the wonders of the world”), and then to the tiny atolls of Alphonse and Aride and finally to Mahe in the Seychelles.

All these places are unique because of their remoteness. Their isolation has provided them with quite exceptional species of animals not found anywhere else on earth. In Madagascar, we walked in tropical forests and drove through open grasslands, saw ploughshare tortoises now numbering only a few hundred in the wild and which are sought by poachers to sell for export as trophies. The tortoises are under armed guard with razor wire to protect the breeding center. 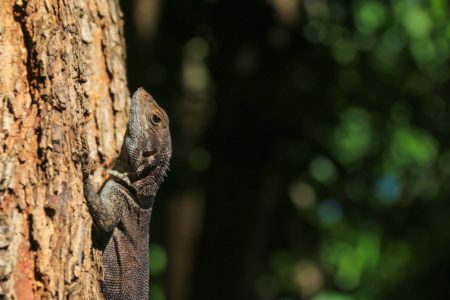 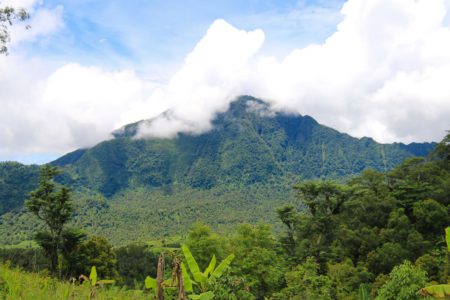 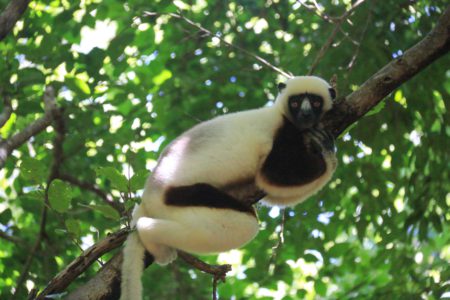 Geckos, giant spiders, huge fruit bats hanging wild overhead, lemurs in the trees and snakes were everywhere on our forest walks. Aldabra is the home of the white-throated rail, the only flightless bird left in the Indian Ocean. Without help, it could become another dodo. In Aride, the birds nest on the ground – and there are no, and never have been, cats or rats. Security is tight – one pregnant rat and that’s it. The birds are so tame and unafraid they remain on their branches when we are feet away. The warm blue sea, amazing sunsets, heat and tropical sunshine, pristine coral beaches on uninhabited islands protected by breaking surf on the reefs created a picture of timeless beauty. 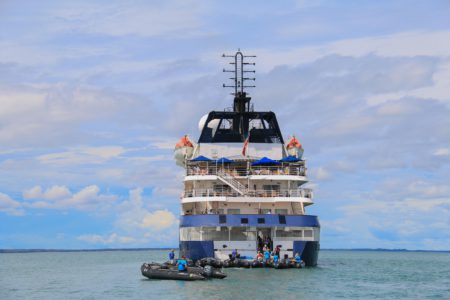 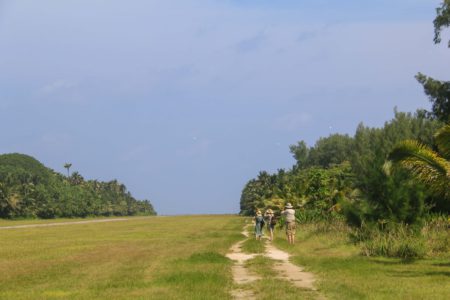 Zodiacs ferried us through reefs, on to beaches and into lagoons where we were able to experience the magic of seeing some of the best coral in the world close at hand as we drifted gently in the warm currents crowded with tropical fish of all shapes, sizes and colors. Sadly even here, some coral is bleaching, caused by slight sea warming. On board we were treated to illustrated talks on subjects ranging from protecting and rebuilding coral reefs, the uniqueness and history of the islands and oceans, the geology and continuing volcanic activity, climate and weather systems. All our senses were engaged in the extravaganza of the expedition – the sights, the sounds, smells, tastes, touches and temperatures. We became part of the landscape, immersed in nature. We were in awe of the total dedication of the expert conservationists – scientists at the edge of new research, uncovering unknowns and seeking to share that knowledge and passion. 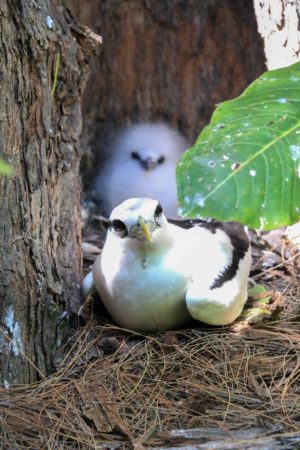 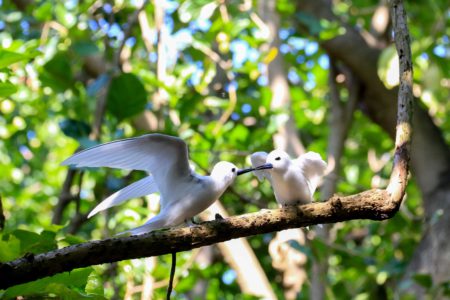 To see life on an outstation, isolated and cramped, surrounded by nature with basic living conditions for months on end was a humbling experience. The life of a conservationist is truly a vocation. In Aldabra the interaction of the frigates and boobies is extraordinary. The boobies catch fish to fly it back home. The frigates have poor water-proofing and cannot land in water. They ambush the boobies in the air and steal their catches from their mouths! Both live side by side and as a quid pro quo the frigates build the nests for the boobies. They live in competitive harmony in their mangrove breeding colonies.

There we saw sting rays, giant turtles eeking out a life from the harsh arid limestone coral rock and dry vegetation and the bleached skeleton shells of dead tortoises – a reminder there is no life without death. We saw terns, turtle doves, brown noddies, green-backed herons, white-throated rails, crab-plovers and pied crows and many more besides. We saw not just birds, but also robber crabs, perhaps the world’s largest terrestrial arthropod. They can tear apart coconut shells with their powerful pincers. Ghost crabs and rock crabs were there too. 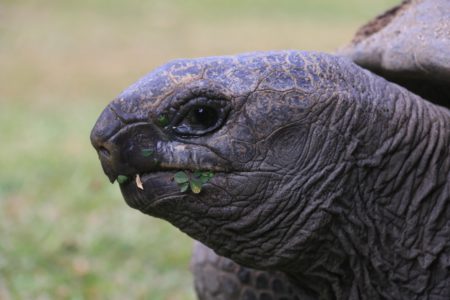 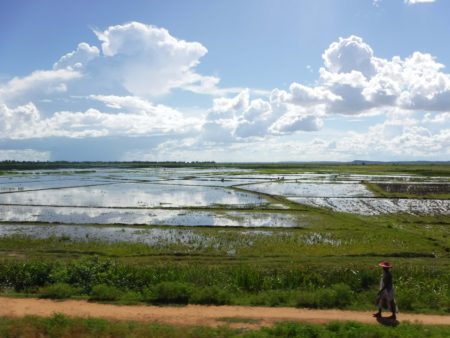 “FROM NOW ON, THE DANGERS THREATENING ALDABRA CAN ONLY INCREASE. IF IT IS TO SURVIVE UNDAMAGED, HUMANITY AT LARGE WILL HAVE TO BE CONVINCED THAT ALDABRA IS ONE OF THE WORLD’S GREATEST SURVIVING NATURAL TREASURES.” SIR DAVID ATTENBOROUGH

In 1964, plans to turn this whole area into a huge military airbase were defeated by conservationists. Once gone, it has gone for ever. The total dedication and passion of the experts we met was an inspiration. More are needed to pursue this hard but fulfilling life. Few are allowed to visit these remote islands. We were the privileged few, everyone’s recollections and experience of the sensational Durrell expedition will last many years. 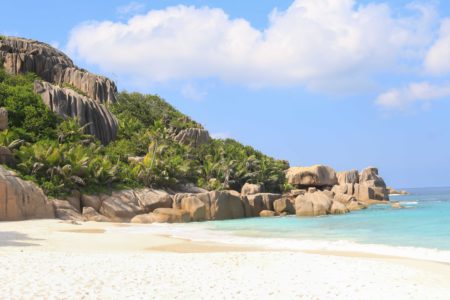 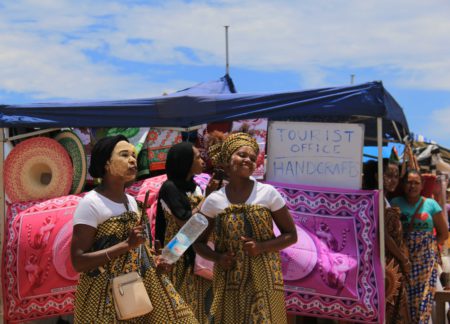 If you are interested in joining our next Durrell Expedition, follow the link below for more information.