From Tokyo to Kyoto

“With its culture ever more present in our daily lives, from sushi restaurants on almost every street to countless documentaries and articles in the media highlighting the attractions, Japan has seen a surge in interest as a travel destination. We therefore wanted to discover what the fuss was all about for ourselves.

It was immediately apparent that Japan is unlike any other destination in Asia. Arriving into Tokyo’s Narita Airport, we had our first glimpse of the quiet sense of order, efficiency and respect prevalent throughout the country. From station guards bowing in respect as trains arrive at and depart on time, to the helpfulness of the general public who go above and beyond the call of duty to help you (even with no English), the friendly and courteous nature of the Japanese people is one of the main highlights of any journey through this intriguing and fascinating country. We wanted to get a real feel for Tokyo, so spent our first day riding the capital’s unbelievably efficient public transport system, just as all Tokyoites do. The city has a wealth of sights from the modern, bustling shopping and entertainment district of Shibuya to the historic Meiji Shrine located in a large and welcome area of forest - the perfect place for a relaxing stroll. 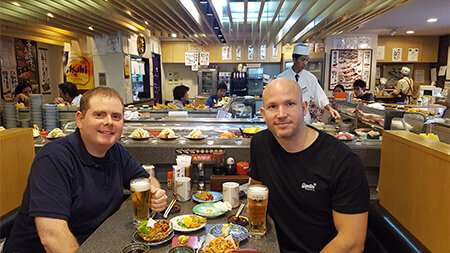 Best of all though was the Tsukiji Fish Market, one of the world’s largest with more than 2,000 tons of produce passing through it everyday. 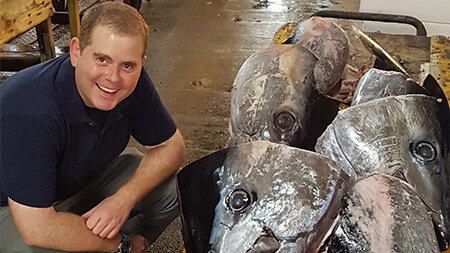 Bullet trains average an astonishing 30 second delay over the course of a year, but thankfully ours from Tokyo to Nagoya didn’t contribute to this shameful record! Bang on time, as was the onward local express which snaked its way up through the steep valleys of the Hida River to Takayama in the Japanese Alps. Here, skyscrapers were replaced by traditional wooden buildings and beautiful scenery. 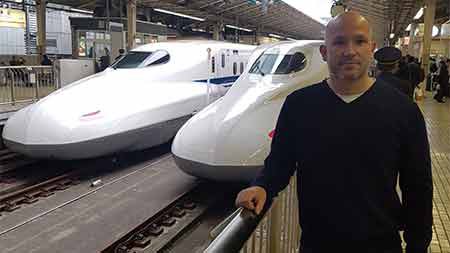 We stayed at the Hanaougi Bettei Iiyama, a traditional style ryokan on the outskirts of town and a very peaceful, private place with just 17 guest rooms. A kimono-wearing 'okami-san' or host quietly attended to our every need throughout and meals (featuring the famous Hida beef) were served in our own private dining room - Japanese hospitality at its very finest. En route to our next port of call, Kananzawa, we stopped off at the World Heritage village of Shirakawago to explore its traditional gassho houses whose steep thatched roofs accentuate the alpine feel of the area. 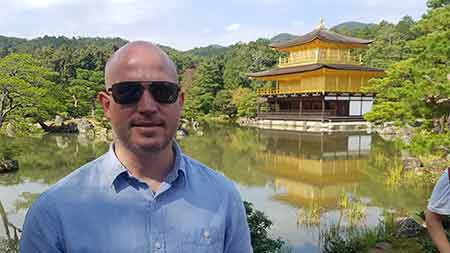 Kanazawa itself is a lovely small city near the coast with an old world charm, a small geisha district - we were lucky enough to catch a glimpse of a trainee geisha walking to an appointment at one of the local tea houses - and arguably the most beautiful garden in the country. Kenrokuen is stunning, and the dedication and effort that goes into maintaining this magnificent horticultural work of art is truly something to behold. More trains then took us around the shores of Japan's largest lake, Biwa-ko to Osaka, and through beautiful countryside to Hiroshima. A city that needs little introduction, its Peace Park and Museum a poignant reminder of the dreadful events in August 1945 but at the same time a place for quiet and dignified reflection where time must be spent. 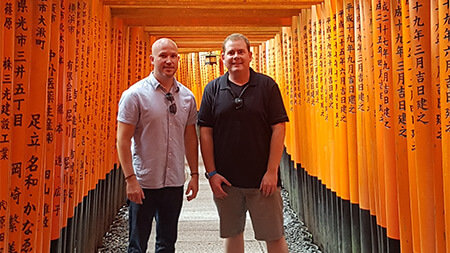 Make time too for enchanting Miyajima Island, just offshore from Hiroshima and famous for its famous red torii gate ‘floating’ on the sea. There are also some very pleasant walks among the island’s temples and a herd of sacred deer that roam freely and are incredibly tame! And so to Kyoto. Once the imperial capital of Japan and historically the most important city in the country, Kyoto fortunately avoided the air raids of World War II and the vast majority of its innumerable temples and shrines have survived intact. We were particularly taken by Fushimi Inari, a Shinto shrine in the south of the city and famous for its thousands of torii gates that straddle a network of trails leading into the wooded forests on the flanks of sacred Mount Inari. We certainly discovered what the fuss was all about! A country where ancient and modern happily co-exist in perfect harmony, whose people are overwhelmingly hospitable and genuinely pleased to see you, and with an incredible diversity of cultural and natural attractions. And if you love Japanese food, there is no better place for it!"