Issy, our newest member of the Latin America team,

explores Brazil’s magnificent Pantanal and was

lucky enough to encounter a Jaguar…

Issy specialises in travel to Brazil and Chile

Spotting a Jaguar in its natural habitat has to be one of the ultimate experiences on any traveler’s bucket list.  Whilst jaguar territory ranges from Mexico to the North of Argentina, it is no secret that the best place to spot these notoriously shy creatures is in the depths of the Brazilian Pantanal. 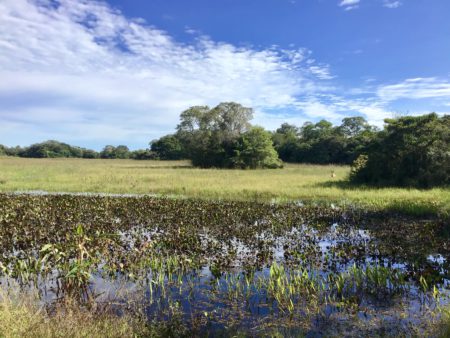 Caiman Ecological Refuge is a reserve which combines luxurious accommodations and unforgettable excursions together with ground breaking research and conservation within the Pantanal.  The Oncafari Project is a jaguar conservation scheme based within the reserve and is second to none with over 700 sightings in 2017.  If any other proof was needed that I was well within best of jaguar spotting kingdom, the David Attenborough documentary, ‘Jaguars - Brazil’s Super Cats’ was filmed solely on this reserve, so I had everything crossed that I would be lucky enough to see one during my stay. 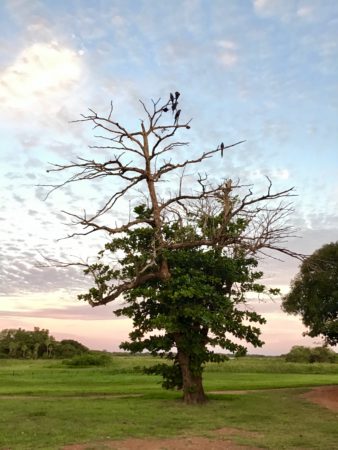 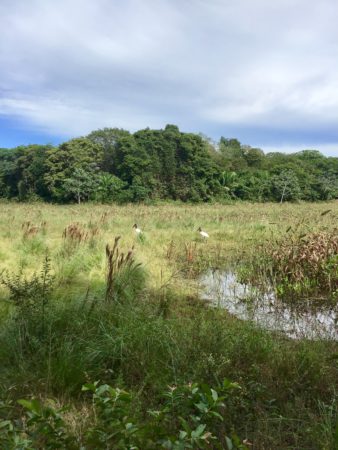 Waking at 5.30am filled with anticipation and armed with jaguar printed hot water bottles, we set off into the sunrise in the hope of a sighting.  As you drive through the 53,000 hectares of pristine Pantanal with 5’ tall jaribu stalks and pairs of blue hyacinth macaws soaring through the sky, you feel totally immersed into the untouched nature all around you.  Our expert Oncafari guides were constantly pointing out incredible sightings whether it was a giant anteater poking its nose out from behind a termite mound, or prehistoric looking caimans lounging next to pools of cool water.  The glare of office screens and stresses of everyday life felt a world away. 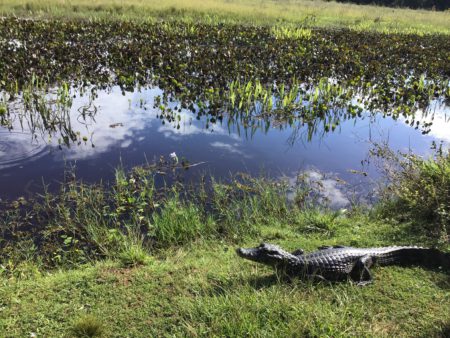 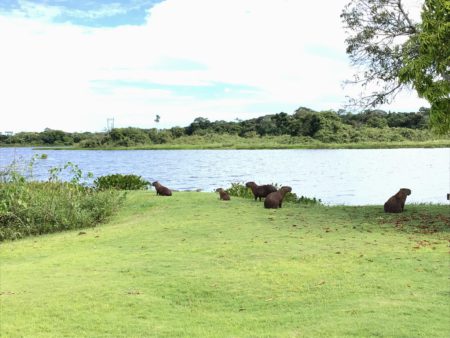 After just one hour on safari, the guides suddenly went quiet and out of the bushes walked Naturesa - a beautiful female jaguar just 15 meters away. The brilliant work of the Oncafari team means that the jaguars are habituated to the sight and sound of vehicles, although totally wild and independent of humans. This resulted in Naturesa being completely at ease in our company, almost parading herself in front of us whilst we all looked on in awe.  Nothing can prepare you for the magnificence of such an animal up close with their exquisite rosette markings, bright green eyes and noble presence as they silently pad across the ground.  After a few minutes, almost as if she knew our adrenaline was wearing off and we were soaking up the feeling of having such an elusive animal just meters from us, she quietly sank back into the bushes. Completely camouflaged, apart from a set of piercing eyes inquisitively focused in your direction, we were left captivated by her beauty and indefinable feeling of having such a close encounter with South America’s largest cat. 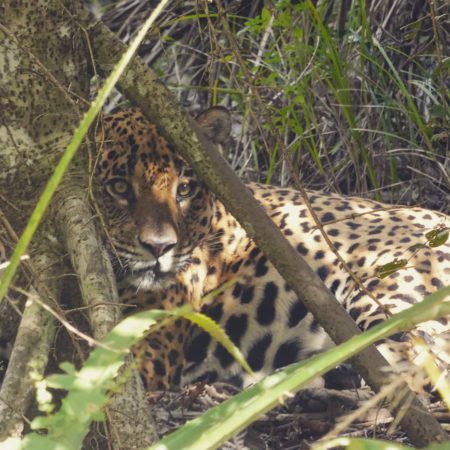