Kenya still has so much to offer

Martin Thompson recently visited Kenya and discovered that things are looking up for the country.

Kenya has had a pretty tough year or two, what with the terrible events at the Westgate shopping center in Nairobi, security problems in Mombasa and pirates patrolling the Indian Ocean, resulting in the inevitable concerns from overseas visitors. I therefore expected to find everything and everyone rather ‘down in the dumps’.

Far from it. People could not have been more positive and enthusiastic, emphasising that life was significantly better with land and property prices appreciating at a staggering rate. My trip divided itself into three parts - the coast, the Rift Valley and the Mara.

I started at Manda Bay, just north of Lamu and still a five-star ‘Robinson Crusoe’ paradise with fantastic staff, deserted beaches, clear blue seas and safe swimming. The food was sensational as well with masses of fresh fruit and seafood. I was talking to Bimbi Dyer (the owner of Manda Bay) one morning, when she spotted a dug-out canoe heading in our direction and remarked "Ah, here come the prawns!” We never felt insecure for a moment, even fishing (for sailfish on fly rods!) up to twenty miles out to sea. We all agreed that Manda is still THE place to stay on the Kenyan coast. 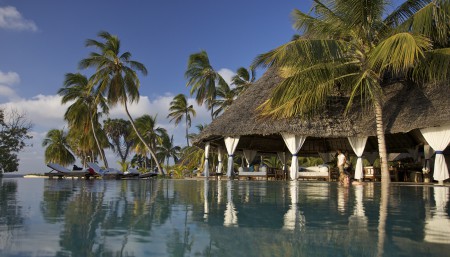 Next stop was Lake Baringo and Samatian Island, an idyllic spot to relax with swimming, boating and birding amidst beautiful scenery. The water levels on all the Rift Valley lakes have risen dramatically in recent months (by more than a foot in Baringo’s case), which has mysteriously caused the water to change color from a murky brown to an attractive turquoise green! Not without its problems though, as many houses have very sadly been flooded.

Our last three days were spent at Kicheche in the Masai Mara. You may have read disturbing articles about the number of lodges and activity in the Mara, with sometimes 50+ vehicles around a pride of lion. The key is knowing the difference between the Maasai Mara National Reserve and the conservancy network. Avoid the former and ensured that you are in a conservancy where there are strict rules, the number of camps is limited and only five vehicles can congregate at any one time. We stayed at Kicheche Mara in the Mara North Conservancy, with eight huge tents that are well spaced apart and have all mod cons, lunch outside, dinner in the mess tent and breakfast in the bush. Game-wise we saw the lot with our wonderful Maasai driver David - all the cats (including a leopard with two ten-week-old cubs), elephant, buffalo and a huge variety of plains game endlessly shadowed by hyena and jackal. 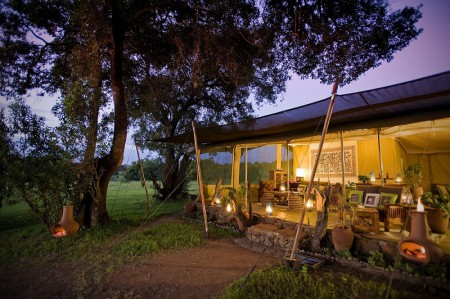 I lived in Kenya for nine years and have been a regular visitor for some forty years, but I have never been for an hour’s walk at first light, had breakfast back at camp, departed on a game drive at 9am and within two hours seen a leopard with cubs, two cheetah and a pride of 28 lions...oh, and all with kills. Kenya still has much to offer!

View our vacations to Kenya.