The National Parks of Sri Lanka

Following his recent trip, Neil provides us with his insiders tips on what’s hot when visiting Sri Lanka’s National Parks.

The main aim of my November 2015 trip to Sri Lanka was to check out as many of the new hotels, camps and lodges that have opened in the last few years as possible.  In the process, I was able to safari in three different national parks – Wilpattu, Gal Oya and Yala.

Wilpattu means ‘natural lakes’ in Sinhala, and these lakes are found at the heart of the park and attract a wide variety of wildlife.  Situated on the west coast of Sri Lanka, about a four hour drive north from Colombo, Wilpattu is also the largest national park in Sri Lanka.  I camped here with Leopard Trails, a very intimate set up of three comfortable sleeping tents and a cozy dining tent just a ten minute drive from the main entrance to the park.  Separate leopard sightings on each of two game drives were the highlights, but we also encountered jackal, deer, mongoose and numerous bird species. 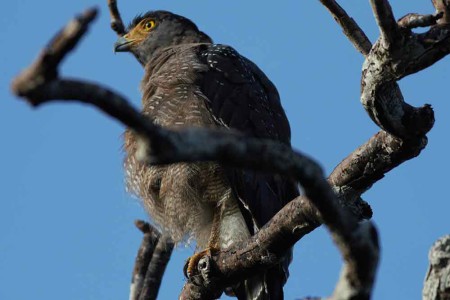 A few days later I found myself on the other side of the island at Gal Oya, a charming new lodge constructed  from teak and local stone whose signature activity is a boat safari on Senanayake Samudraya Lake (Sri Lanka’s largest inland body of water).  Elephants congregate at the waters edge here and occasionally swim distances of up to a kilometer between the islands.  I couldn’t quite believe what I was seeing.  Elephants really don’t look built for swimming, but they certainly make good use of their trunk as a snorkel!

Gal Oya is the most untouched national park in the country and there is currently only the one boat on the lake, so you can enjoy watching elephants from the water in peace and quiet.  We also saw caiman and number of migratory birds, as well as a freshly dug pangolin nest and tracks of the elusive mouse deer (the world’s smallest) on a very enjoyable bush walk in the vicinity of the lodge.

In contrast, Yala is by some distance the most popular national park in Sri Lanka. I divided my time here between the Cinnamon Wild Yala Hotel and a mobile tented camp run by Kulu Safaris. Although Yala is large, most game drives concentrate on a small area known as Block 1, where ponds and lakes are the draw for the park’s highest density of wildlife.  On an early morning sortie, we were briefly mock charged (and woken up!) by a bull elephant and were very fortunate to see a sloth bear demolishing a termite mound in the hunt for his favorite food.

So, if you don’t have the time to include all three, which national park should you visit?  Well, the Kulu Safaris’ camp in Yala was more comfortable than Leopard Trails’ in Wilpattu, although the latter have new tents coming soon and the food and service was equally impressive at both.  It is also far better to stay in a safari camp than a hotel in Yala as they use a quieter entrance to the park.  The Gal Oya Lodge was very special, and watching elephant swim in the lake on a lovely sunny morning was the absolute highlight of the entire trip, but it is a rare event and one that you have to be very lucky to witness.  Wilpattu was, I felt, best for the wildlife enthusiast.  Dense vegetation makes it tricky to spot game, but there were few vehicles and no mobile signal which made the whole experience ‘wilder’ and my leopard sightings were not luck.  I owed that to the guides’ local knowledge and ability to track footprints on the mud and sand trails (thanks to the lack of vehicles). 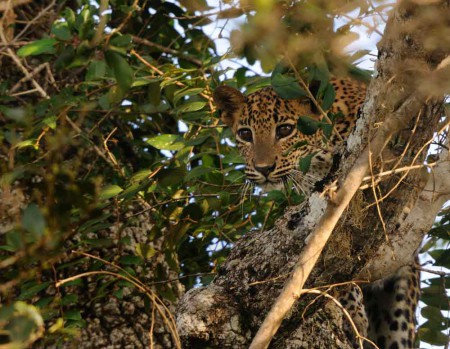 And when to visit?  The time of year does of course make a significant difference.  When I was there immediately after the October rains, lots of water everywhere meant that the wildlife had dispersed and was difficult to find, although everything was very green and beautiful.   From January water levels begin to decrease, and by the summer it is easy to find the animals they congregate in numbers around what little water remains.  There is no definitive good or bad time, but if I were to choose, then go from May to September.  And if you are traveling over Xmas and New Year, avoid Yala.  ‘Spotting the leopard’ at the expense of other wildlife is already something of a preoccupation, but it becomes an epidemic over the festive period when you can get 600 jeeps in the park at any one time!