When thinking of California many people will immediately think of Los Angles, San Francisco and the Pacific Coast High Way, but there is so much more than that. On a recent trip to California I was lucky enough to visit the southern cities and towns of San Diego, Temecula, Newport Beach and Santa Monica in late September.

The itinerary was themed around the food and drink of the area and the weather was perfect with lovely sunny days and warm evenings. After a very comfortable flight with British Airways, we arrived into San Diego in the evening and transferred to our hotel the Manchester Grand Hyatt, which is located over looking San Diego Bay. On arrival we were whisked up to the 40th floor bar, Top of the Hyatt, which offers fantastic views across the bay over to Coronado and downtown San Diego.

Early the next morning was a trip to San Diego Zoo and breakfast with the pandas. This early morning tour allows you to see the pandas at their most active time of the day, munching away on bamboo and enjoying the morning. San Diego Zoo is one of only a handful of zoos in the USA to house pandas and they are very involved in research and conservation of all the animals in the zoo. 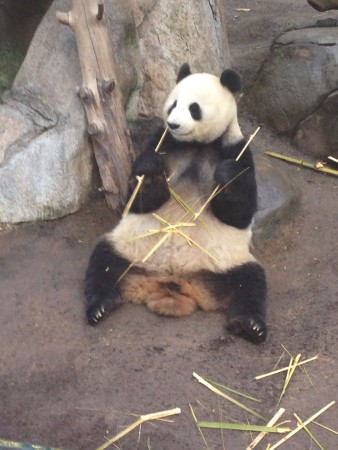 After a quick tour of the rest of the zoo, we headed over to Hotel Del Coronado for a spot of lunch on the beach. Hotel Del Coronado is a 5 star luxury beachfront hotel built in 1888 and famed for filming many old Hollywood movies including Some Like it Hot, starring Marilyn Monroe. It is also the place where Prince Edward met Wallis Simpson, whom he abdicated the throne for. We enjoyed a few hours on one of the top beaches on the west coast of California and the perfect place to spend a few days relaxing in San Diego. In the afternoon we had a tour of the Old Town, which is known as the birth place of California and is the first site of Spanish settlement in California. 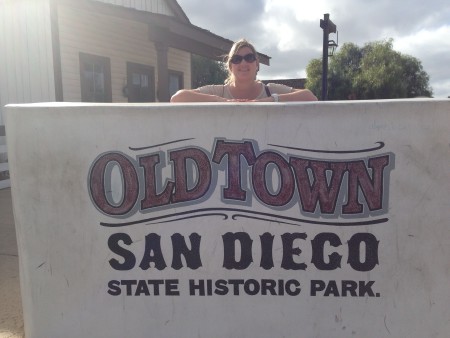 San Diego is very close to the Mexican border and there is a strong Mexican influence in the cuisine all over San Diego, we got to sample some of the local food including tacos, burritos and tequila! That evening we had dinner at the Lodge at Torrey Pines overlooking the world renowned Torrey Pines Golf Course, which was host of the 2008 & 2012 US Open. We enjoyed a farm-to-table style meal, all made with local and seasonal produce, a growing concept in California. Then headed to the Gaslamp precinct for the evening with its many bars and restaurants. The following day, we visited the small town of Temecula about a hour north and slightly inland, it's known for its golf courses, wineries and hot air ballooning. This was an unexpected highlight on the trip, having not heard of Temecula before I wasn’t quite sure what to expect. The old town is like an old western town with historic buildings and many quaint boutique shops. We had a walking tour which included visits to a lavender shop, olive oil shop with tasting, sweet shop where we got to make toffee apples and a spice and tea shop. After another delicious lunch we headed to two wineries to sample some of the local wines. California is mostly known for the wine regions in northern California in Napa and Sanoma. However, southern California has some great vineyards and produces some delicious wines. 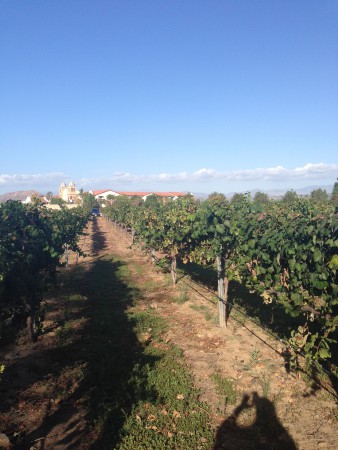 Next on the itinerary was Newport Beach, where we had a two night stay at the Newport Beach Marriott and Spa, which has its own golf course. For the ultimate luxury, stay at Pelican Hill with its championship golf course, voted No1 resort in America by Conde Naste magazine. The next day, we enjoyed a 'flavor of Newport Food' tour of Balboa Island starting at the Original Ruby’s diner established since 1940, then taking a short ferry ride over to Balboa Island. In the afternoon we cruised on Newport Harbour in an electric Duffy boat, whilst viewing the beautiful homes and harbour. The Duffy boats can be hired by anyone who has a driver’s license for a few hours or the whole day and can take up to 12 people. We then docked and dined at one of the local restaurants. Our penultimate stop was at Santa Monica for the night. Santa Monica has many great hotels such as Shutters on the Beach and Casa Del Mar for the luxury beach front option.

For a more historic 'Hollywood Glamour' option, the Georgian Hotel is a great choice and boasts a speakeasy in the basement. We did a Foodie Bike tour of Santa Monica, stopping off to taste some of the local treats such as creamcheese puffs, lemon bars, fudge pops and salted caramel ice cream, before cycling back through the neighbourhoods and past some of the big expensive homes of Santa Monica.

The next morning we visited the local farmers market to enjoy some of the local produce and finished off the day with a ride on the big-wheel on the Santa Monica Pier, the only solar powered wheel in the USA. Finally, we headed out to Anaheim just over an hour away from Santa Monica and the coast to the land of theme parks. We visited Knotts Berry Farm for an evening of rides and also the Titanic & Bodies Exhibition. Our final morning was a few hours at Disney World before flying home. 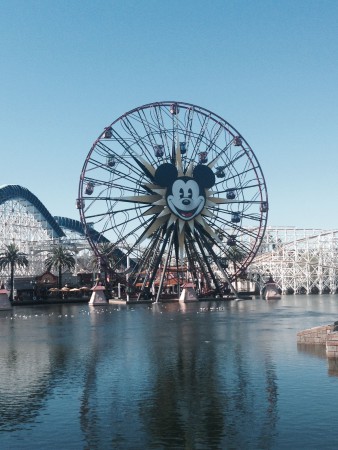