Strange and wonderful wildlife.150,000 endemic species of flora and fauna. And a wide variety of cultures and tribes
Contact an expert >
OverviewItinerary IdeasWhere to stayBest time to Visit

Having broken away from mainland Africa some 100 million years ago, Madagascar is quite unlike anywhere else on the planet. A haven of endemic wildlife, tropical forest and sandy beaches lapped by Indian Ocean waters, it’s a fascinating place to explore.

Order a copy of our Europe & Beyond brochure

From the lemur-playground of Andasibe-Mantadia to the extraordinary scenery of Isalo National Park, Madagascar displays a remarkable biodiversity in its national parks. The country’s most famous resident is the endemic lemur with more than 23 different species to be found roaming the island’s lush rainforest – including the magnificent Indri. And they are not alone.

The world’s fourth-largest island is also a twitcher’s paradise with 70 different kinds of bird to check off your list, as well as two-thirds of the world’s chameleon species and over 15,000 endemic varieties of flora. From June to September, large pods of migrating humpback whales can be spotted off the coast of Île Sainte-Marie.

The island’s extraordinary diversity also extends to its natural landscapes, which varies from remarkable fossilised forests to fantastical geological formations, semi-desert and open savannah. Its rainforest-fringed shores, with their white sands and clear waters, make for superb snorkelling and swimming. You can also expect to find friendly locals and the ancient Malagasy ‘Cult of Ancestors’, a culture powerfully represented throughout the island by sculpted totems and richly decorated tombs.

Step outside of the ordinary and into the unexpected on a tailor-made holiday to Madagascar.

START PLANNING YOUR HOLIDAY
GET IN TOUCH WITH AN EXPERT 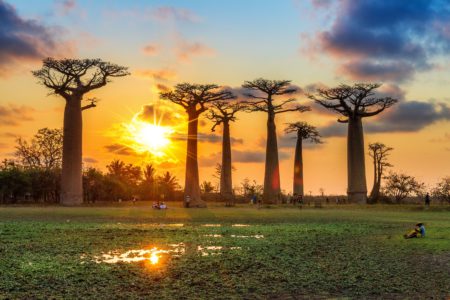 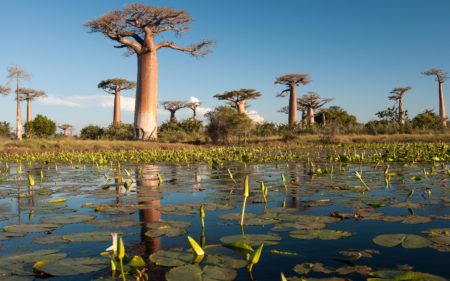 
View other hotels
Why book with us?
FIRST HAND EXPERIENCE TO EVERY DESTINATION
TAILOR-MADE FOR YOU
100% FINANCIAL PROTECTION
24/7 ACCESS TO SENIOR DIRECTORS
RENOWNED SERVICE WITH 70% REPEAT / REFERRAL RATE
OUR Madagascar TRAVEL EXPERTS