Popular wisdom is that Zambia is a better destination for second or third time safari-goers. However, since returning from an extensive reconnaissance, I really do feel that the country is diverse enough for everybody.

My first port of call was the Lower Zambezi National Park, situated on the banks of the mighty Zambezi in the south-east of the country. Renowned for its floodplains, islands and lagoons, the park is sanctuary to a huge array of animals and more than 400 bird species, as well as an astonishing variety of trees, grasses and flowers. My first afternoon, at Chiawa Camp, was spent canoeing along the river and up the Chifungulu Channel, where we were just a few metres from elephants on the bank and surrounded by literally hundreds of birds. A fairly dramatic start to my safari! 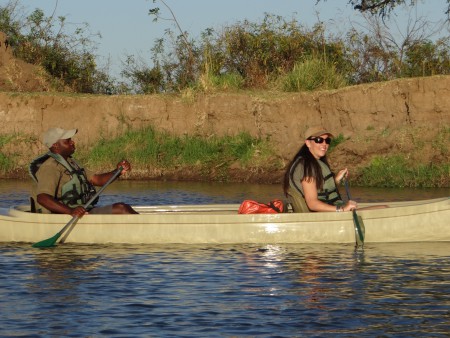 Waking the next morning to the very lovely sound of a thousand quelea rustling their wings past my room, I was soon off on a game walk with one of the resident Chiawa guides whose bush craft and knowledge was extraordinary (guiding standards here are very high). I then moved on to Potato Bush Camp where, as well as more fantastic game viewing, I was lucky enough to catch one of the famous Tiger fish. Renowned for putting up a very spirited fight on the line, these legendary fighters should keep even the most experienced angler entertained.

My final evening in the Lower Zambezi was spent at Chongwe, watching the crimson colours of the sun setting over the river and a large pod of hippo that had taken up residency immediately in front of camp. My next port of call was the South Luangwa National Park. Zambia’s best-known wildlife sanctuary, the Luangwa is famous in turn for its walking safaris, traditional bush camps and abundance of game - notably the Thorneycroft giraffe, Cookson's wildebeest, Crawshay zebra, leopard and lion, as well as large herds of buffalo and elephant. Hippo families also reside here in numbers, that are unrivalled elsewhere in Africa.

A walking safari in the Luangwa is indeed an absolute must. The terrain, made up of seasonal sand rivers and varying habitats, is reasonably flat and the guides are highly qualified, so although you can expect to get close to the wildlife, it is an unforgettable but safe experience. On a walk between Kakuli Camp and Mchenja Camp, we came across three lions resting in the shade of a sausage tree. It was a very tense and exciting moment, but our trusted guide, Aubrey, was the model of calm reassurance.  The bush camps are all seasonal and are re-built every year using natural materials. With only four rooms per camp, they are as remote and wild as you can get without comprising in any way on comfort, service and quality of food. They also offer the option of a night out under the stars with just a mosquito net, loo tent and camp fire - a simple but very real African wilderness experience that remains the fondest memory of my entire trip. 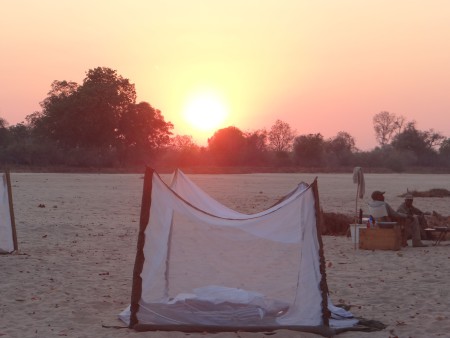 My last stop on the walking safari was Chinzombo Camp, the new kid on the block and one that everyone is talking about. The camp has taken bush luxury to another level and to end the walk here was utter bliss.  Another good reason to visit the Luangwa is for its migratory population of Carmine bee-eaters, who fly in from South Africa and burrow their nests into the banks of the river. These beautiful birds are famed for their fantastic, vibrantly red plumage, and to observe them from a riverside hide at Tena Tena, while elephants bathed, hippos emerged for their evening feed and the last rays of the sun danced on the water, was an absolute privilege. 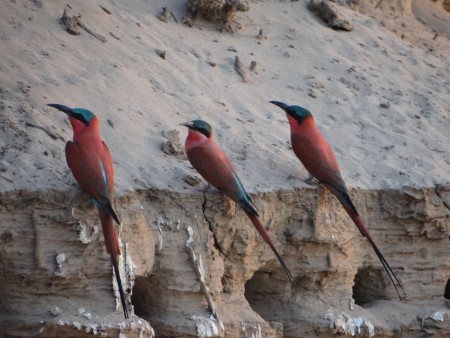 Two other memories of my time in the Luangwa endure - the hides at Shenton Safaris, where you are literally eye to eye with elephant and hippo and can almost feel their stomachs vibrating, and a micro-light flight at sunrise over the river. Not for the faint-hearted, but both magical experiences in their own very different ways. 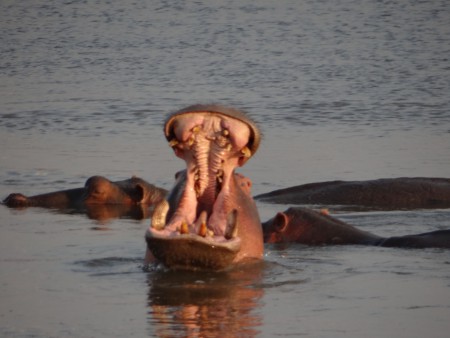 The final leg of my journey took me south to Lake Malawi and the enchanting island resort of Kaya Mawa. Rooms here are perched right on the lake’s edge with direct access to the beautifully clear, warm (23C) water. A casually relaxed morning at Kaya Mawa might involve a gentle snorkel around the bay, while for the more active there is a varied menu of sporting activities that include sailing and water-skiing. And if you are in need of a cultural fix, there’s the local cathedral in nearby Likoma Town, built by missionaries in 1905 and the largest of its kind in central Africa.  It was the perfect place to unwind after a truly African safari.