Welcome to an island that has embraced visitors for over 7,000 years – and still delights today
Contact an expert >
OverviewItinerary IdeasWhere to stay

People visit Malta for its warm water and beautiful beaches. But they return again and again for its history, its varied and picturesque architecture, its superb food, its art treasures, its scenery and the warmth of its welcome.

Order a copy of our Europe & Beyond brochure

Visitors have always been attracted to this small gem of an island, at the heart of the Mediterranean. Neolithic people built mysterious temples dedicated to a goddess of fertility – so be careful when you visit the remains! Then came the Phoenicians and the Carthaginians, the Romans and the Byzantines – all of whom have helped shape the island’s character, language and culture. Arabs followed, and then the Normans. But the knights of the Order of St John of Jerusalem – Crusaders – took the island into a new golden age. Upon which Napoleon Bonaparte, and subsequently the British, built.

So, as well as long stretches of beach, the island has an extensive 7,000-year history. Ask one of our Europe consultants, about Malta and they will suggest spending time wandering through the meandering lanes of Valletta – Malta’s capital – and soaking up the atmosphere of the ancient walled city of Mdina.

Discover Malta’s impressive palaces, churches and auberges – often decorated by the likes of Caravaggio, Mattia Preti and Antoine Favray. We recommend taking a trip on a ‘dghajsa’ (a Maltese gondola) from Vittoriosa marina, or a hop across to Gozo to visit its stone houses and Baroque churches.

START PLANNING YOUR HOLIDAY
GET IN TOUCH WITH AN EXPERT 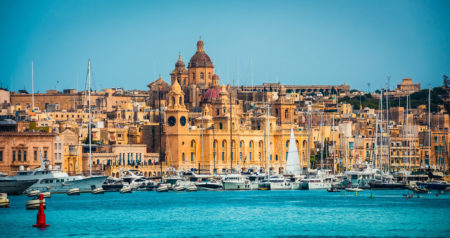 
View other hotels
Why book with us?
FIRST HAND EXPERIENCE TO EVERY DESTINATION
TAILOR-MADE FOR YOU
100% FINANCIAL PROTECTION
24/7 ACCESS TO SENIOR DIRECTORS
RENOWNED SERVICE WITH 70% REPEAT / REFERRAL RATE
OUR Malta TRAVEL EXPERTS